Indonesia is swimming in Covid-19. The curve rocketed significantly in the past two months, added with the news that a doctor opposed the handling of the pandemic.

The original article was published in the New Straits Times, Malaysia, on 25 July 2021. Pictures added separately.

This is exacerbated by vaccination hoaxes and the denial of a new Covid-19 variant, and it was only handled by the government after it got attention on social media. Too little, too late. This led to increased criticism against President Joko Widodo’s government.

The rapid spike of cases and the “collapse” of the healthcare system is even worse than what happened in India. Several factors have exacerbated the latest outbreak. The government never imposed a full lockdown in fear of paralysing the economy and impoverishing millions of informal workers, who cannot work from home.

The restrictions imposed were poorly enforced. One example was during last Ramadan and the Aidilfitri festivities: around 1.5 million people eventually spurned the homecoming travel ban. Labelled as “herd stupidity”, those travellers contributed to the spreading of the ‘Delta’ variant, which now makes up 90 per cent of the Covid-19 cases in Indonesia.

On the criticism, there are opinions that some political figures are deliberately opposing the policies imposed by Jokowi’s government, as if they are preparing to increase their own electability for the 2024 presidential election.

One of the critics says Jokowi stood as an obstacle, which prompted prospective presidential candidates, like Jakarta Governor Anies Baswedan and West Java Governor Ridwan Kamil to distance themselves from him.

While certain polling showed that Anies dan Ridwan were seen as two of the strongest candidates for the 2024 presidential election, both governors’ “concealed” meetings last June were interpreted as a sort of preparation for the election.

Ridwan himself has recently announced the postponement or cancellation of the construction of many infrastructure projects, which has been Jokowi’s economic policy keystone since 2014, and reallocate the funds for Covid-19 treatments in his province.

Meanwhile, Anies proclaimed that Jakarta’s Covid-19 mitigation has been more successful in implementing test-and-trace compared with other provinces; even eight times higher than the World Health Organistaion’s standard. The efforts of Ridwan and Anies to distance themselves from Jokowi suggested that the president and his administration are “liabilities” due to their flop in controlling the pandemic.

It is also clear that when Jokowi leaves the office in 2024, his legacy will not be any signature infrastructure projects, but by how well he handled the pandemic.

Regardless of the debate, Anies and Ridwan may refuse to admit it, with a reason to save their citizens, and defend themselves. Anies has always emphasised that the actions taken by the Jakarta government are based on scientific reasons, even since last year.

But, I tend to view that Anies opted to regard Jokowi. Recently, he asked the public to follow the president in the fight against Covid-19 and put political differences aside. In a recent TV interview, he maintained that “Jakarta residents must unite… under the direction of President Joko Widodo, who is leading us all in implementing the (latest) emergency public activity restrictions”.

As usual in the political realm, actions may be separate from opinions. His critics may suspect Anies is hiding his real motives, perhaps seeking to boost his image ahead of the 2024 presidential race, while his supporters may be disappointed by the governor’s about-face.

Like it or not, Anies has apparently made peace with it. As governor, Anies must collaborate closely with the central government, especially the president, to accelerate the vaccine rollout. The city must inoculate 7.5 million people (of its 10 million population) to achieve herd immunity, predicted to happen next month.

The current pandemic situation in Jakarta shows that Anies cannot protect the city single-handedly. A recent survey found that one third of Jakartans rejected the central government-sponsored vaccination programme.

This vaccine hesitancy may be a reverberation of the 2017’s polarised gubernatorial election, when Anies triumphed over Jokowi’s ally, Basuki “Ahok” Tjahaja Purnama. Ties between the two deteriorated after Jokowi dismissed Anies as his education minister in 2016.

But now the nation needs to unite more than ever. Like what Anies said, politicisation of the pandemic will only aggravate the contagion. His rapprochement with Jokowi seems a display of statesmanship. Putting aside political differences, including the agenda for 2024’s election, will allow elite politicians and citizens to focus on coping with this deadly virus.

Rather than defending his electoral interest, it seems that Anies will need to work together with all parties to deal with this difficult situation, given that Jakarta is the pandemic epicentre and the capital city of most Indonesians’ mobility.

Based on Jakarta’s crisis handling, his government has added health facilities, provided more support for medical staff, facilitated public access to healthcare and vaccination, and also ensured health protocols have been observed well.

For Anies, if he successfully manage the outbreak, he has a great chance of winning the 2024 presidential election. 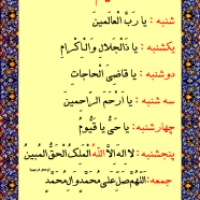 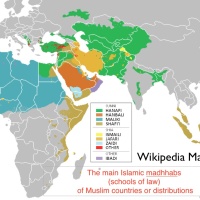 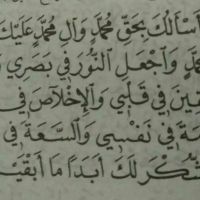